skip to main | skip to sidebar

People are often called upon to give reasons for there actions but often those reasons sound like excuses.
For example here is the reason someone gave about why they didn't come into work. "I forgot to take in the Sunday paper, so after initially leaving the house I thought it was Sunday. By the time I had realized that it was in fact Monday, it wasn't worth coming in".
Reason or excuse?
I wonder how the shepherds explained the fact that they left their sheep on the hillside whilst they rushed off to Bethlehem to see a baby. Telling your boss that an angel told you to do it, seems a poor excuse, except of course, it happened to be true and history reveals that they did in fact have very good reason for their trip.
In John's introduction to Jesus he comments on the way in which people reacted to his coming. In Chapter 1:12 he says, “He came He was in the world, and though the world was made through him, the world did not recognise him. He came to that which was his own, but his own did not receive him.”
Some of the stories of those who either welcomed Jesus or rejected him are outlined in the gospel narrative. Whether their actions were based on good reasons or excuses is a matter of discussion and can challenge us to look at our own responses to Jesus and to his call upon our lives.
Take Joseph for example.
Joseph who had plenty reason to separate himself from Mary and her baby. What man wouldn’t be confused and hurt by the fact that his fiancé was pregnant knowing that he wasn’t the father? On top of that the girl seems to have taken leave of her senses by claiming that no other man has been involved and the pregnancy is the result of divine intervention, the child being the longed for Messiah.
He was bound to be upset, but he didn’t go down the route of disgracing Mary either by divorcing her publicly or going even further and have her stoned for adultery, which would have been his right. However it was also his right to handle the whole thing quietly and simply walk away. As a kind and gentle man he that is what he chose to do. The Bible says, “And Joseph her husband, was a righteous man and did not want to expose her to public disgrace, he had in mind to divorce her quietly.” (Matthew 1:19)
That was the reasonable, understandable and acceptable. But through a dream God presented Joseph him with reasons to accept Mary’s story as true and to bring the boy up as his own son.
He is reassured by an angel that Mary is telling the truth and that the baby is to be called Jesus, because he will save his people from their sins.
Joseph understood clearly what God expected of him, and was ready to obey! He would take Mary to be his wife and suffer the cutting remarks of a child conceived prior to their wedding. He would obey in spite of the fact that this child would be born under a cloud of adultery.
To avoid lashing out when we are hurt takes a great deal of self-control. Joseph is to be commended for the fact that he didn’t react to Mary’s news with angry impulse but with a thought-through plan that would minimise the damage and save face for everyone. It often takes self-control and good sense to do a good thing but it takes faith to do what you know is the right thing, the best thing, especially if you have the perfect excuses not to and nobody would blame you for not taking the risk.
Joseph rejected the excusable reaction but he also went beyond the reasonable reaction and accepted God’s call to make an obedient reaction.
There will be many times in life when the easiest thing will be to make a decision that comes from an emotional response or because it is the most convenient thing for us. Once made, even if we know in our hearts that we didn’t really do our best, we can ease our conscience with excuses. Then there are other times when we act with a clearer head and heart and convenience isn’t the issue but we settle for less than we feel we God is calling us to do because he calls us to go beyond the sensible, reasonable and culturally acceptable course of action.

Joseph is my kind of hero. He made no excuses and went beyond reason to be obedient to God.

Carol
Posted by rehoboth at 07:30 No comments: 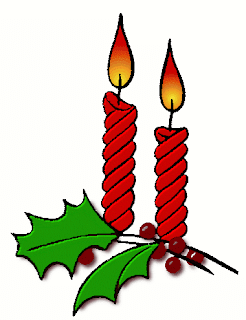 Here are Alan's notes from 27th November 2011. We probably won't have time to use them in cell groups before Christmas but it might be good to reflect on the Bible Reading and thoughts again in our own devotions. I will post notes from Sunday 4th December tomorrow

rehoboth
The most exciting thing in the world is to be a child of God. I discovered this when I was a very young child and continue to enjoy the great adventure of knowing Jesus Christ. Right now, together with my husband Alan I am serving him as a Salvation Army officer at Exeter Temple Corps UK. I am passionate about prayer, for reaching out into new areas of mission, holiness and helping people to be free in Christ. Alan and I have been married for 33 years and we have two daughters, Katie who is married to Chris and Hayley who is married to Ben.